As we approach the late filmmaker's 90th birthday, directors wax poetic on why the legendary perfectionist behind 2001 and Barry Lyndon still matters 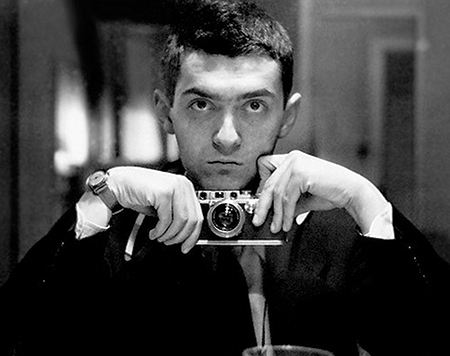 When he died in 1999 on the eve of the premiere of his final feature, Eyes Wide Shut, Stanley Kubrick left behind a movie that was emblematic of his work as a whole: Something that equally divided critics, left many early audiences puzzled and made others wonder about the ultimate disposition of the whole Kubrick legacy.

But like all of his movies, Eyes Wide Shut has staked out a permanent position in the pop and cinematic consciousness. It's a dark work straddling a mind-bending point between New York and old Vienna that can now be viewed as a pointed rejoinder to the marriage psychodramas of Ingmar Bergman.

Sixty years after the arrival of Kubrick's breakthrough anti-war saga Paths of Glory, which placed Kubrick firmly on the map of world-class cinema, it's fair to ask what kind of influence the filmmaker continues to exert over directors.

"He was so singular, that's what stood out for me," says Jonathan Glazer (Birth, Under the Skin), whose eerie precision and characters driven by deep obsessions mirror Kubrick's aesthetic. "For me it's about his clarity of vision—to get to the essence of something and not stop until you have it."

The Kubrick Effect can be seen everywhere these days: In commercials that explicitly recreate the Barry Lyndon battle scenes (complete with matching classical music cues), or the clips from Dr. Strangelove's deranged War Room sequences that regularly appear in recent Trump news coverage as a totemic pop reference point.

A lot of what Kubrick wrought is as much subliminal as it is overt, while his technical innovations could be easily taken for granted in this age of phantasmagoric CGI. To wit, 2001 may be thought of as one big lab experiment in which methodologies for such processes as traveling matte shots and pre-digital special effects were completely redevised and sometimes invented. (See list at bottom.)

There are now well more than 30 books in English alone about Kubrick (there are nearly as many in other languages)—matching the weight of a Hitchcock library—including Taschen's recent and welcome lighter-weight, compressed edition of its original behemoth The Stanley Kubrick Archives, to say nothing of the publisher's recent elaborate opus offering just about everything one could ever want to know about 2001: A Space Odyssey. Institutions like American Cinematheque in Los Angeles sometimes resemble permanent Stanley Kubrick retrospective centers.

The continuing, definitive museum tour of Kubrickiana, launched in 2004 by Frankfurt's Deutsches Filmmuseum and traveling to dozens of stops around the world, was so massive that even the generous display at LACMA in 2013 couldn't accommodate the sheer amount of the Frankfurt show's objects, artwork, posters and memorabilia. (And it's not over: It just finished a run at Mexico City's Cineteca Nacional, and opens in late September at Copenhagen's GLStrand.)

But perhaps the most telling effect of Kubrick's influence is on directors as disparate as Vince Gilligan, Nicolas Winding Refn, Martin Scorsese and Steven Spielberg. It's a testament to Kubrick's broad capture of the popular imagination that each of these filmmakers can cite different, yet complementary, aspects of his cinematic prowess.

"I'm happy to see that his inspiration has shown in noticeable ways in our work in Breaking Bad and Better Call Saul," says Gilligan. "For a Vanity Fair feature, author Michael Hare asked Kubrick how he did certain scenes in Strangelove or 2001, and he'd simply answer, 'Showmanship, Michael.' He was a showman, which means showing audiences things they'd never seen before." 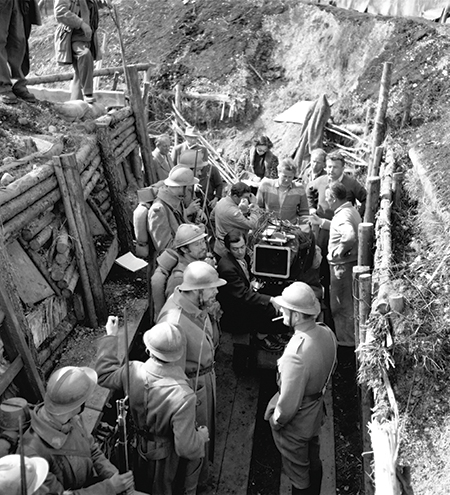 Part of this for Gilligan means following a key Kubrick rule, which is to make sure that a movie's first shot had better be the most interesting thing that an audience has seen that day.

"That's a rule we live by," says Gilligan, "so once we know what a scene is about, we'll ask, 'What's the first thing we see?' That leads to asking what can make it unique and striking. [Kubrick] thought of a movie as needing a handful of what he called 'nonsubmersible moments,' ones that last forever—think of the Singin' in the Rain sequence in Clockwork Orange or the 'Blue Danube' space dance in 2001. I learned that from Kubrick."

It goes even further. Those plentiful and devilish uses of ironic music cues, especially in Saul? "Our needle drops," as Gilligan calls them, "come straight from Kubrick. And then we'll go for these one-point perspective shots as specific Kubrick tributes, or deliberate slow zoom-outs that we take from Barry Lyndon."

The Copenhagen-born Refn (Drive, The Neon Demon), on the other hand, sees in Kubrick a fellow Continental European spirit. It's telling, since a running attitude in all of Kubrick's movies—analyzed in the best available critical text on Kubrick by critic James Naremore—is a dark, European-based taste for extreme black comedy, the grotesque, the blur between violence and psychology, and a fascination with systems of control in inevitable collapse.

"I loved that he was an obsessive-compulsive with a huge ego," says Refn. "You absolutely must have these things in order to be a strong creative artist. Without them, you're lost, or just mediocre. He provides such a great example to the younger generation and to my generation as a model for fighting mediocrity at every step.

"But what was most remarkable about him is that he was able to make exactly the movie he wanted to make but inside a corporate studio system ruled by numbers and money. He knew how to navigate that system, get out of it what he needed and yet also protect his creative work. One way was to keep expenses really low•the best way he could maintain control yet also minimize risk. That provides an example that any commercial filmmaker can learn from. I certainly did."

For Scorsese, the key to Kubrick is his exactitude in knowing where to place the camera.

"I first watched his movies," Scorsese told Charlie Rose in 2001, "and they affected me. And then as I learned more about filmmaking, I'd go back and watch his movies and wonder, 'Why is that so powerful?' I'd go and try to trace back the shots and figure out how one thing led to another•this was before video, so I had to go theater to theater, trying to write down notes! Why do some of his shots stay with you for so many years, why do those tracking shots in the trenches in Paths of Glory stay with you? It's a case of a person with a very strong storytelling ability, talent, genius, who creates a rock-solid image that has conviction. What's in the frame is there for a reason, and everything outside is out. It had this extraordinary authority that says, 'Look, I'm going to tell you the story this way. And you're going to see it this way.'" 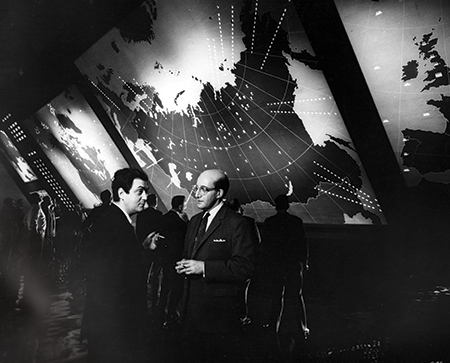 In All That Jazz, Bob Fosse's tortured director Joe Gideon is seen in one scene asking himself, "Does Stanley Kubrick ever get depressed?" The question Scorsese has said that he asks himself, when he feels tired during production, "How can I make this better? Kubrick wouldn't let it stay this way! He would change the angle, or work out a way to get more time to do the scene—he would've really seen it through to its end. I must say, that's my inspiration."

Steven Spielberg's relationship with Kubrick was perhaps unique among all filmmakers: Beginning, like everyone else, as a fan, he forged a friendship and a bond of trust that led to Kubrick signing off on Spielberg as the eventual director of Kubrick's screenplay A.I.: Artificial Intelligence. In a 1999 interview with filmmaker Paul Joyce, Spielberg describes the day in his teenage years when he discovered Kubrick's brand of cinema. He had been waiting in line for a Phoenix, Arizona, screening of Dr. Strangelove, and his father drove up to his spot in line to give him a notification from the Selective Service to appear for the military draft.

"I had the letter in my pocket," Spielberg recalled, "and when Strangelove was finished and I left the theater, I was sitting on the curb waiting for my dad to pick me up. I had totally forgotten that I had a letter threatening to draft me into the United States armed services. That's when I first became aware of the power of Stanley Kubrick. The ethos of the movie so caught me, and the black comedy, and I got into George C. Scott's character and all the great Peter Sellers performances, that it all made me utterly forget that I might perhaps be facing the same conflict someday.

"Every phone conversation I had with him was an inspiration. After he watched Saving Private Ryan, he asked me, 'Who influenced you to handle the hand-held camera like that?' I told him that I got it from World War II documentaries shot by the Signal Corps camera units and 'from you.' He said, 'What do you mean from me?' I said, 'Remember when they're trying to retake Burpleson Air Force Base in Strangelove and you shot that tremendous cinéma vérité sequence with long lenses and hand-held cameras?' 'Yeah,' he said. 'Well, it was the Signal Corps and your sequence that showed me how to shoot the hand-held footage.' He said, 'Gee thanks' and changed the subject. He wasn't much for compliments."

For Spielberg, Kubrick's ultimate impact is much longer term. "What made him special is that he was a chameleon and never made the same picture twice. He made them in different periods, different genres, with different stories and different risks. Every story was mysterious in the ways they were told. So he'll inspire us to be different every time we do something, and try to reinvent ourselves every time we have the opportunity. I'm sorry his body of work is so small, but I think he had the greatest vertical penetration of any of us."

DID YOU KNOW THAT FACE MASK CAN ACTUALLY CAUSE ACNE? FIND OUT WHY AND HOW TO PREVENT SUCH BREAKOUT. | 21 Types of dancing styles worldwide

I am Calvins, a web/app/software developer and digital marker since 2016. I have a lot of interest in technology and business. I'm the lead developer on this website. My best programming languages are PHP, Javascript, Dart, SQL, C#, etc added with libraries and frameworks, I'm a full-stack developer.

There are no comments yet

Note: We sanitize our comments to keep them clean!